You are here: Home / Mother / Parenting Tips / A Letter to my Daughter about Purity
Tweet
Pin984
Share27

Is waiting until marriage worth it?

One of my biggest fears for my daughter is that she'll give herself away before her wedding night. Funny, because pop culture talks about sex as though it's just another part of dating. But losing your virginity at a young age has so many negatives that come along with it.

In this letter that I wrote to my daughter a few years ago, I share just one example of how letting go of it too soon effected my life in ways I can never undo.

Believe it or not, waiting doesn't have to be something you do for religious reasons. Rather, It may be about expecting something from the man that claims he'll love you forever. Or perhaps you simply don't want to destroy your hormones with years of birth control. Perhaps, you just want your rights reserved (as in the right to say who and what can enter your body.)


So whether you're talking to your own daughter about having sex or you're wondering for yourself if it's worth waiting, you may find something valuable here. 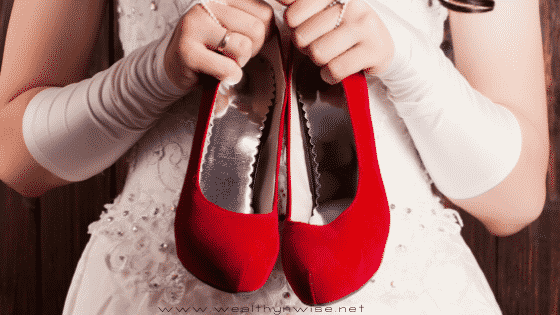 A Letter to my Daughter About Purity

When you came home from school today excitedly talking about a boy from your kindergarten class, I had to giggle a little.

With a very serious face, you explained to us how you were going to marry him when you grow up.

I listened as your daddy told you that not just anyone would be allowed to marry "his princess".  I smiled, but inside, something tightened around my heart and I knew it was time to tell you everything.

You won't read this for many years, but I wanted to share my story with you while I still remember what it's like to be a young girl searching for love.

You see, my daddy never called me his princess. He never told me I was beautiful or playfully protected me from boys.  That just wasn't the kind of daddy I had.

Growing up, I mostly felt like I was less than.  Less than my sister, who my daddy loved very much. Less than my friends, who had an endless stream of boyfriends. Less beautiful. Less smart.  Just.... less.

So naturally, I searched for someone who would tell me that he thought I was enough. Through my junior high years, I dated boy after boy, searching for someone to cherish me but junior high boys can't offer that kind of love.

In high school, a young pastor came to our church and I found myself looking for his approval.  In retrospect, I know that I was trying to replace what was missing in my relationship with my dad.

He often preached about purity and waiting until marriage. So, determined to win his approval, I decided to wait. I made a promise to myself that I would be a virgin on my wedding day.

And I did wait.  I waited a long time.

When all of my friends began sleeping around, I cut ties with them and stayed true to my promise.  In fact, I didn't even date (not that anyone was asking.)  I wasn't worried yet though, I had plenty of time.

At 19, I went away to a Christian College, sure I would find Mr. Right.  I mean, an entire campus filled with Christian men getting their pastoral degrees.  Could there be a more perfect dating pool?

But the years passed quickly with no prospects.

At this point, I was profoundly aware of everything my daddy had NOT said to me.  I was not a princess.  There was no prince coming for me. I just was not enough.

At age 23, I was in my last year of college when I met the man who was my undoing.  A muscle-bound Spanish man who worked at a local pizzeria asked me out on a date.  He was incredibly handsome and that accent... be still my heart.

But the thing is, in adult relationships, the expectations are much higher.

Within just a few dates, he began pressuring me.    I had never even dated in high school and really had no idea how to handle that pressure.  It wasn't long before I gave in.

After years of waiting, this was a major blow to my self-worth.  I felt like a failure.

Ashamed and hurt, I called a good friend of mine and told him what happened.  As we talked, he insisted that I only felt so badly because my first time had been with someone who didn't really love me.

After that, he spent weeks convincing me of his love for me.  Then, he, too, began pressuring me for more.  Again, I gave in.

After all, he loved me right? It would be different this time. But it wasn't. And afterward, he didn't want to be friends anymore.

Now I was sure that I was the problem.  I was the common denominator, after all.  I  decided that my heart couldn't take that kind of pain again and I would wait until I was married before I would ever let another man come that close to me again.

College graduation came and went and I moved to a city just an hour closer to home, not quite ready to go back to my family.  It was there that I met your daddy.

From the minute I met him, I knew he was different. I wasn't intimidated by him the way I was by so many other men.  I wasn't afraid that he would criticize me the way my father had or leave me the way those other guys did.  He told me daily that I was enough.

We had a beautiful whirlwind romance filled with flowers and moonlit walks through the city. Only 6 short months later, he planned out a beautiful proposal and we began plans for a June wedding.

But he was just a man, with wants and desires like any other.  I began fearing that I would lose him.  I was so close to the security that I was certain marriage would bring.

So only weeks after our engagement, I gave in.  And it was beautiful.  It was a completely different experience not just because I loved him, but also because I felt secure in him.

Nevertheless, every action has a consequence. And this was no exception.

Only a few months after we were officially a Mr. and Mrs.  I was talking to a friend of mine about marriage.  She mentioned that she and her husband had waited until their wedding day to kiss.

I was completely blown away.   When I asked her why they had set such a strict standard her response is one I'll never forget.

"Well, he waited for me.  He respected me and he showed me that he can control his own desires.  Now, I'll never have to worry about him cheating.  I not only know that he CAN control himself, I know that it's a priority for him."

Those words stuck with me.  Was "doing the right thing" a priority for your daddy? Could he control himself?

Five years after we got married, I got my answer when  I found incriminating evidence on his phone.  He was having an affair.  I was devastated.

The day after I found out about the affair, the world felt bleak and empty and I just kept hearing my friend's voice in my head. "I not only know that he can control himself, I know it's a priority for him."

Why hadn't I made him wait?  If I had would he have left me?  If he had left, would it have saved me this pain?

Those were hard months, years even. I spent night after night in tears and prayer wondering if daddy had ever loved me at all.   But with a little determination and a lot of God's help,  our marriage lasted and it grew stronger.

Despite our imperfect love story, we managed to create three of the most precious people on this planet, you and your brothers.

Even so, I often wonder how different life would have been If I had just said no.

I can't go back now and change the decisions I made, nor would I because they've led me to you.
But I want to encourage you to guard your decisions cautiously.

Sweet girl, please hear the wisdom in my words. Let the process of purity weed out the men who won't cherish your heart.

You are beautiful. You are a princess. And you are more. than. enough.  Never let anyone tell you otherwise.

With all my Love,
Mommy

Previous Post: « What It Really Means to Fear God: A Lesson from Job 1
Next Post: Ending Sibling Rivalry with 10 Simple Words »

Hi! I'm Jodi and I'm the Author behind Wealthy N Wise. I'm also a wife and a mother to three children. So I know what it's like to balance it all. That's why I'm on a mission to help every mom learn to find the right balance between kids, marriage, and money. Read more about me...