Marriage Stages: What they are and why they matter. 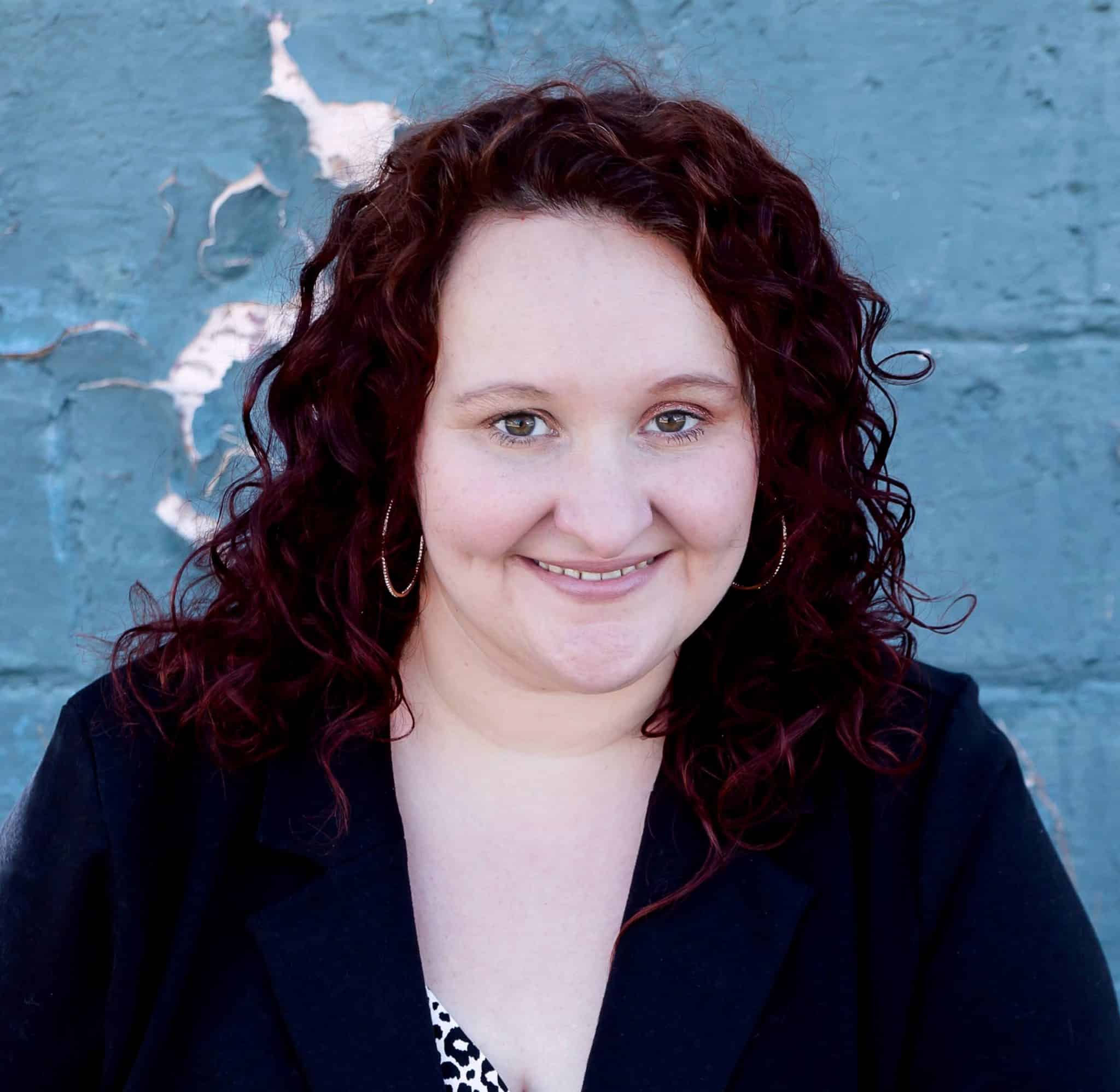 Jodi is the author and Founder of Wealthy N Wise Woman. Her passion is to inspire women lead purposeful, grace-filled lives.

Building a better marriage after an affair is possible!

Surviving infidelity holds a special kind of pain but it's more common that you think.
Even so, It's taken me some time to share this story with the world.

Like most people who've been touched by an affair, I just wasn't ready to share in my shame. Shame that didn't rightfully belong to me.

The last several years have been filled with heartache, pain and even PTSD from the trauma of affair recovery.  I'm not typically the "emotional" type but rebuilding our marriage after betrayal has proven to be a sort of kryptonite to my emotional stability.

Recovering from infidelity has been the hardest and most beautiful journey we've taken, through unchartered territory.  It brought our marriage to a place I thought we may never find.

If you've been around the blog, you know that my posts are usually filled with well researched information to help you become a better wife, mother, homemaker, or breadwinner.

How we overcame betrayal and infidelity.

My husband's usual 10:45 arrival home from work had long since past. Worse, the GPS on his cell had been turned off and he wasn't answering texts or calls.

Not sure whether to feel worried or angry, I paced the floor of our living room.   When I finally heard his key slip into the lock, I crossed the room to meet him at the door.

"Hey, where have you been?" The words tumbled out of my mouth the minute he crossed the threshold.

"Got stuck late at work," he replied, nonchalantly.

Lies. I didn't bother telling him that I'd called in and they had told me he left on time.

He paused a bit longer this time. "I don't know," he said with a convincing eyebrow shrug.

The knot in my stomach grew. At a loss for where to go next and feeling somewhat like I was going to throw up, I followed him to our bedroom. I watched as he emptied his pockets onto the bedside table and then headed for the bathroom. The phone he had placed there tempted me and although my hands were shaking, I picked it up and tapped the text message icon.

There was nothing there but a suspicious lack of texts. The dread continued to build as I tapped the "recent calls" icon.

"What are you doing?" an angry voice bellowed from across the room. I had barely recovered from the shock when the phone was snatched violently from my hands.

"What? I'm not allowed to look at your phone now?"

"Are you kidding? Why not?"

"Mind your business." The voice coming out of him was disconnected. It didn't belong to the man I'd loved for years. It belonged to someone I didn't know.

Obviously, he felt the same way because he turned walked out of the bedroom, slamming the door behind him.

Now, there was no doubt in my mind where he had been tonight. Still, there was a self-destructive compulsion in me to find the evidence.

I grabbed at the laptop on the bedside table and pulled up our cell phone bill, searching methodically through his call list. A number, one I didn't recognize, had been calling every night at the same time.

Despite my better judgment, I dialed the number from my cell and I listened as the phone rang.  3 times, then 4. On the 5th ring, a voicemail picked up. "Hey, It's Lily. Leave me a message."

When the tone sounded, I just sat there, breathing into the phone for a minute. A painful ache spread through me. Fortunately for me, it lasted only moments. Then the painful feeling in my heart shifted to anger.

I threw the phone on the bed and made a beeline for the living room. "Who's Lily?" I demanded. "Are you having an affair? "

I rushed on without giving him time to answer. "Don't even bother lying, I know you are."

"Yea, Okay?" he exploded. His anger matching my own. "I had an affair. What did you expect? It's not like you pay any attention to me. We're nothing but roommates. I haven't been in love with you for a long time."

He stood up and grabbed his phone, tapping the screen, he held it to his ear.

"She knows." He said matter of factly and then paused listening to her response. "No that was her number. I'll be over in a few minutes."

"Her  number" Even in my anger I picked up on the phrase.  So she knew he was married.

I'll be over? My mind reeled.  He was leaving. My anger was suddenly replaced with panic.

Was he really so far gone that he couldn't at least have the decency to stay and fight?  How had this happened?  How could I have missed it?

"Where are you going?" I screamed frantically at his back as he put his shoes on. No response.  "Seriously? You're just gonna leave your kids like that?" I asked trying to hit him where I knew it would hurt.

He didn't even turn around to look at me. The door slammed behind him, leaving the room feeling cavernous and empty.
For quite some time, I just stood there, staring at the door, waiting for him to come back. Wondering if I even wanted him to.

The next morning, my eyes burned as I stumbled into the living room, looking for my keys. Sometime during the night, he'd slipped into the house and fallen asleep on the couch.

My stomach churned at the sight of him.  I tiptoed across the room to check the end table near his head.  The last thing I wanted or needed now was to wake this stranger sleeping in my home.

At the same time, my heart ached to talk to my best friend and seek his comfort. Regardless of my indecisive emotions, I had to be at work in 20 minutes so I quietly grabbed at the set of keys laying beside him and silently walked toward the door.

Last night had been filled with every possible emotion, leaving me exhausted and unstable this morning. I had replayed his words in my head a hundred times. "What did you expect?" he had spat at me. As if this were somehow my fault. As though I had forced him into this.

Even now, I couldn't erase the hate in his voice. Again, a mix of anger, dread, shame, and fear rose up in me. What right did he have to say that this was my fault?

But as quick as the anger came, it receded.   I knew that I had been disconnected lately.  If I hadn't, I would have seen this coming.

Less than a year ago, I had lost my father suddenly.  Since then, life had taken on a sort of dull feel.

My days were filled with the business of raising 3 children.  My daughter and twin boys were all toddlers and required my attention at all times.

I had become a shell of a person I was when I had met him.   I knew that it must have felt to him as though he had lost me. Pain began to replace the anger as my children's faces floated through my mind. If for no other reason, I had to fix this for them.

But if there was one thing I knew about my husband, it was that he wouldn't admit to being wrong.  He wouldn't see my side.

No matter how irrational it might be, in his mind, I was the one who walked away, nearly a year ago, when the light went out of my eyes.

Fixing it, I knew, would mean asking his forgiveness.

The thought of asking HIM to forgive ME brought a fresh wave of nausea and disgust. How could I possibly find the strength and humility to ask forgiveness when he had been the one who was so blatantly out of line. Surely the injustice would kill me.

With tears streaming down my face I began crying out to God. "Lord, What did I do to deserve this? How could he have done this to me?"

It just felt so wrong. I hadn't done something unforgivable.   I had been distant.  So what? That was common.

I was busy. I was grieving.

HE had an affair. HE ruined our marriage vows. He had be unfaithful.

And then I felt something else stirring in me.  A confirmation.  Comfort.

This wasn't my fault.   No matter what had happened in our marriage up until now, he could have taken a different path.   He could have requested a counselor.. or a divorce.

But I still felt God tugging on my heart.

"Love him the way you promised you would.  Unconditionally."  The words were unmistakable.  I knew where the Lord was leading me.  But everything inside of me hated the idea of pursuing him.  The idea of intimacy with him quite literally made me nauseous.

"Help me." That was the only rational sentence that I  could manage to utter. With the words, came sobs. "I can't" I mumbled repeatedly. " I can't."

The first strains of Mandisa's song "Overcomer," worked their way into my consciousness and I glanced down at the radio. I wasn't sure when I had turned it on, or when I had tuned into K-Love but the words coming through the speaker sounded as though they had been written for me.

I let the sound wash over me, calming my soul. A fresh resolve implanted itself in my heart. I knew the next months, and maybe years, would bring pain and new challenges, but I was deciding to face them instead of running.

The years following this were hard.  Harder than they should have been.

During that time, even my closest friends advised me to walk away from my marriage. Many times I was reminded that adultery was cause for divorce, even by biblical standards.

Thankfully, I didn't take their well-intentioned advice.  Instead, we began the process of recovery.

I can't count how many times I waivered on that decision.  I can't tell you how many nights I cried myself to sleep.  But Mandisa's anthem rang through me as though it were my own, "You're an overcomer."

It was during those times that I had no choice but to hold tight to my own beliefs and to the words spoken in Romans 8:28 “And we know that in all things God works for the good of those who love him, who have been called according to his purpose.”

Above All - I learned to pray to the Lord with a new and different fervor.   Those prayers were instrumental in saving our marriage.

IF YOU HAVE BEEN HURT TOO

If you've been betrayed then I want to encourage you that restoration is not only possible, but in most cases, it's what God wants for you and your family.

But please don't misunderstand me.  God doesn't want you to endure your marriage out of obedience.  He wants to restore and expand your marriage into a beautiful new union.

Ready to start the process of restoring your marriage?