Jodi is the author and Founder of Wealthy N Wise Woman. Her passion is to inspire women lead purposeful, grace-filled lives.

How to Treat and Prevent Diaper Rash

10 Magic Tricks to Keep your House clean with Messy Kids.

As a preschool teacher, I had the duty opportunity of teaching countless children about resolving conflict.  Especially around the month of April when students had spent too many indoor recesses with each other.   The classroom began feeling like having house guests that had overstayed their welcome.

They were just tired of each other.  Every recess turned into a he-said, she-said nightmare.   Over the years, I was able to hone in on techniques and tricks that worked every time for every kid.

You see, with children, there is a very real reason why they just can’t seem to get along.

Piaget, a renowned behavorist who studied children’s behavior and emotional development, concluded that between the ages of 4 and 7 most children are simply incapable of considering someone else’s feelings without prompting.    The empathy center of the brain has yet to completely develop. This means that they are ego-centric and their world revolves completely around themselves.

So, should we simply allow them to treat others with total disregard?

Of course not! The way they learn to consider other’s feelings is our training and guidance.

The other day, my daughter came to me with a furrowed brow.  “Mommy,” she said with her grumpiest voice, “Aiden hit me.”

There was a time, not long ago, when I would have called Aiden downstairs and doled out a punishment.

Instead, I allowed my training from years past to kick in.

I did call him downstairs but instead of a judge, I became a mediator.

Staring directly at me she replied, “He hit me.”

“I DID NOT!” Aiden protested.

She stared at me, completely nonplussed. She crossed her arms over her chest and her furrow became even more intense.

Instantly, I knew her story was probably not the whole truth.

CONFLICT RESOLUTION TIP # 1
It is much easier to lie to a third party that to someone’s face.

I knew that Lina would be unlikely to look Aiden in the eyes and say “You hit me,” if she wasn’t being honest.

When mediating a he-said-she-said type of argument, it’s REALLY important to have the children confront each other.  Understanding this one simple concept will free you from playing detective and allow your children to begin the process of resolving conflict on their own.

Even better, this simple switch will give you the ability to make a quick call about whose story is the most truthful.     Equipped with that knowledge, you will be able to lead your children down the path to analyzing their feelings quickly and easily!

“Adelina, are you going to talk to Aiden?” I pushed for a third time.

“Just forget it,” she grumbled.

At this point, I had a decision to make.

I could either send her back to her room or I could choose to push for more information.

Sending her back would have sent a clear message; “I am not interested in entertaining lies.”

But I wanted to send an even clearer message  “I love you and can see that your upset. You don’t need to lie to get my attention.”

I turned to Aiden for a moment, “You can head up to play buddy, we‘ll talk later.”  Then I turned back to Lina.   “What’s wrong, chickadee?”

“Aiden, hit me.” She repeated, sure that she now had my attention.

“Hmm, is that all? It seems something else might be bothering you.”

“It’s nothing else!” She exclaimed, exasperated with my lack of acknowledgment.

“Okay, well, you can talk to Aiden about the hitting babe. And if something else is wrong or you just need a hug, I’ll help you with that.”

Giving her a quick squeeze, I turned and walked away, sending the message that I was serious.

I knew that even if she WAS telling the truth about the hitting, it was a conflict she needed to be willing to resolve on her own.  I had already offered to mediate, and she had refused.  The ball was completely in her court.

A few moments later, I noticed that she hadn’t moved.  Tilting my head to the side, I gave her a sympathetic smile.   She took the bait.

Even if your child is telling a lie, there is usually have a reason for lying, although admittedly, it’s not always a “good” reason. Teaching your child to resolve conflict means teaching him to explore his own reasoning.

But now, I was at another crossroads.

I could:
address the lying because we take lying very seriously around here.
address the “selfishness” reminding her to share with her brother.
address her feelings, and trust that she’ll learn from my example.

I chose the latter because parenting is a marathon, not a sprint.

CONFLICT RESOLUTION TIP # 3
FOCUS ON THE JOURNEY, NOT THE DESTINATION. 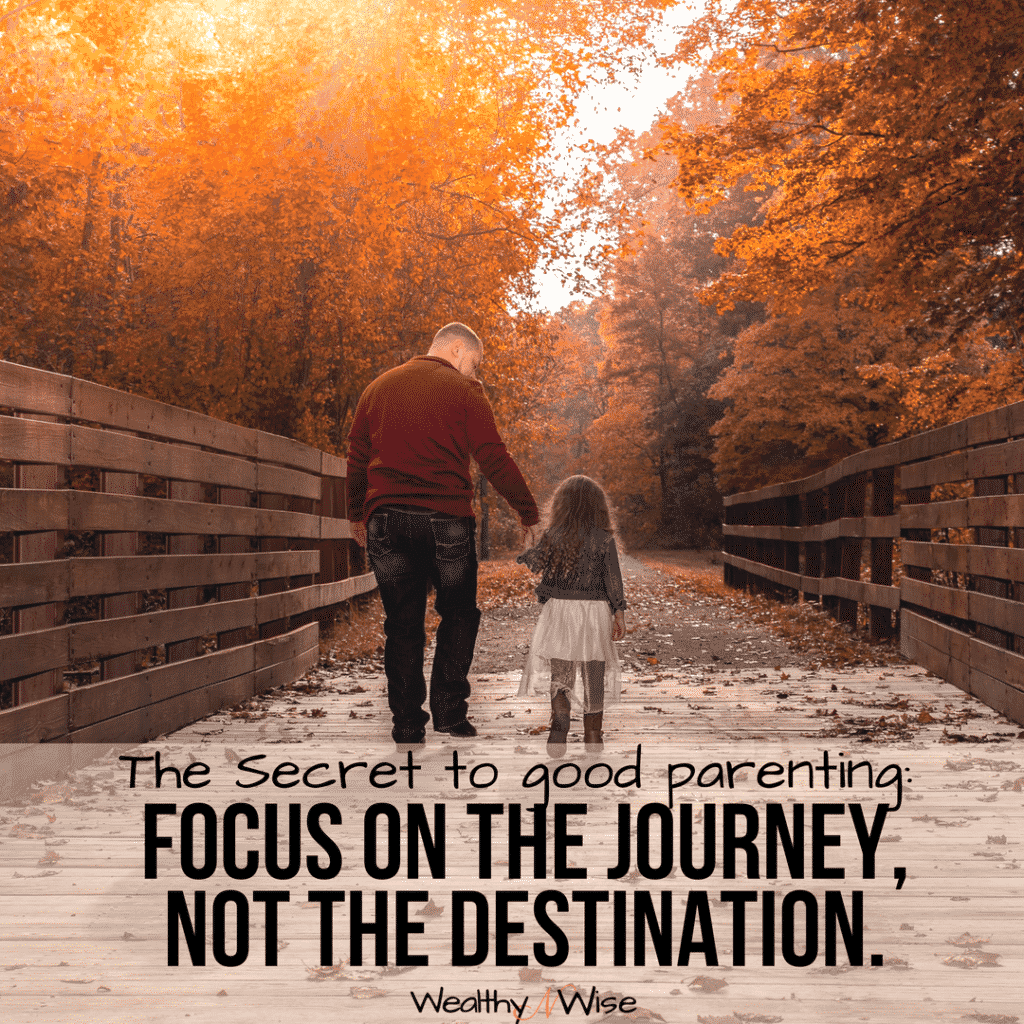 “Hmm,” I said, buying myself some time to react to her. “I think we could probably do some quiet time in our room.    20 minutes should give you enough time to clear your head.”

“I know Aiden will be a little sad. You are his FAVORITE person but I think that he will be okay for a little while if you promise to play with him later.”

I had successfully modeled the behavior I wanted her to exhibit.  I listened, I was concerned about her feelings, and I easily forgave her for her bad choice (lying).

It seemed that although Aiden hadn’t hit her, he did push her. I knew that it would be her turn soon to forgive HIM for HIS choice.   Not only had I modeled this behavior for her, but I was also giving HER a chance to model it for her brother.

But you never punished her for lying.

I suppose that may not sit right with some of you.  And I can completely understand.  For years my methodology was… be strict, be firm, be in control.

But what I realized is that I was teaching my children to be unfeeling.  I was teaching them that when someone did something wrong, they had to pay the consequences, bottom line.

Although it is true that we will have consequences at times that can not be avoided, the better lesson, in my opinion, is how to be loving and forgiving when someone does wrong.
My daughter got what she needed from me.  But she didn’t get what she wanted.  She needed a quiet time away from her very busy, noisy and destructive brothers.  She WANTED to punish her brother for hurting her.     We did talk to Aiden about his pushing… but first, she had the time she needed to calm down and forgive.

Conflict Resolution is a skill your child will need throughout his/her life.  Not just at home but in school, at work, in their college dorm room, and in every relationship they enter into.    That’s why it is so important to stop resolving conflicts for them and start taking the steps towards teaching them to resolve conflict on their own! 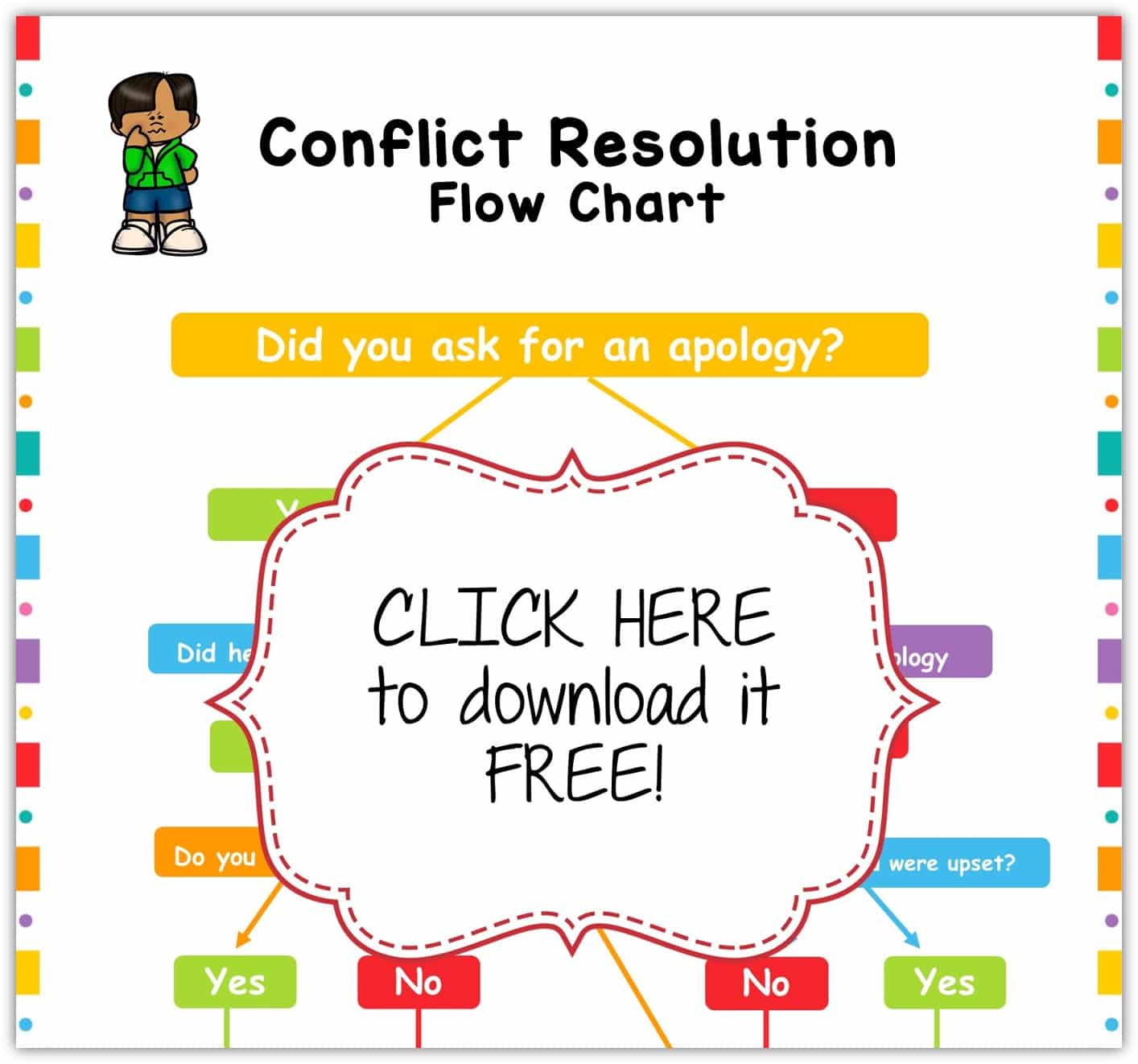