How to finally help your non-verbal child start speaking 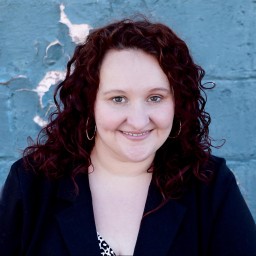 Before you crucify me, read on. This is what it REALLY looks like to have a child with ADHD. And if you’re a mom who doesn’t “believe in ADHD” then I sincerely hope this will be eye-opening for you.

And if you’re a mom who’s got an ADHD child, then solidarity Mama! Your decisions may be different from mine, but we are all just doing the best we can to give our kids as much as we can.

Loving a kid with ADHD: the love, the guilt, & the meds.

Welcome to a day in our life.

It’s early in the morning, the sun hasn’t yet come up for the day.  I crawl out of bed, still exhausted from yesterday but needing a few quiet minutes of solace before the busyness of the day sets in.

And as I sit here with my strong cup of coffee, I think about my little guy. He was diagnosed with ADHD at only 4 years old.

But this morning, I’m thinking about his giant heart, his huge smile, and his welcoming arms that are always seeking my love and approval.

I think of the way his laugh bubbles up from somewhere deep inside in his belly, spilling out of him in a mix of squeals and giggles as though he just can’t contain the “happy” inside of him.

I know it won’t be long before he comes (nearly tumbling) down the stairs, his body moving faster than his muscles can stabilize him.

He’s always the first one out of bed in the morning and the last one to go to bed at night.

I already know that he’ll throw himself into my arms as he does nearly every morning.

It won’t be a soft embrace.

He’ll smash himself up against me with all the fervor he possesses and he’ll squeeze just a bit too tightly.

I’ll take this moment and try to hold onto it because, in a few hours, it will all be gone.

In a few hours, He will be calm and put together, adult-like.

In a few hours, we’ll give him his medicine and send him off to school.

The medicine helps him regulate his very big emotions. It helps him slow down and be polite.   It helps him make friends… and better choices.

And to be honest, he prefers the way he feels when he takes it: calm and collected, “normal.”

As long as he takes that little pill, he comes home each day very proud of himself because he was a star student.  Good grades, good behavior… just plain good.

He wasn’t yelled at or criticized by teachers or friends, he “fit-in” nicely today.

But it doesn’t, at least not for us. He’s still very much himself.

He’s still sweet, intelligent, and interested in life and learning.

He just goes about it much more quietly, he keeps more of his thoughts to himself, and he waits patiently for his turn in a conversation.

But I have to admit, I miss his spark.  I miss the fervor.  And I miss that laugh that bubbles up from his belly… the one that he can’t control.

Loving a child with ADHD is hard.

In quiet moments (like this one), I plan out all the ways that I’m going to show him my love.  Because I do love him… so much.

I plan all the things that I want to say to him to remind him how amazing he is, just exactly the way that he is.

Who needs medication? This little boy is perfect.

But then he wakes up and the chaos begins.

His voice is always a few decibels above bearable.

And without the medicine to regulate his impulsivity, I worry all day long about the dangerous choices he’ll make. ( like the time he snuck outside and started our van. Or perhaps the time he tried to put a space heater in the bathtub to warm it up. )

He makes crazy, dangerous, impulsive decisions… but only when he doesn’t have medicine in him. *sigh*

As I try to get everyone ready for school, the chaos and his inability to follow more than one direction at a time will begin to overwhelm me.

And no matter what promises I’ve made to myself, overwhelm will set in.

In my haste, I’ll have already forgotten the promises I made to myself this morning; promises to remind him how amazing he really is.

But if I don’t remind him… who will?

In a few hours, I’ll send him off to school. And although we are lucky to have a great teacher who really tries hard to understand and encourage him, she doesn’t love him l the way I do.

She doesn’t know him the way I do.   She doesn’t see the unaltered moments where his bubbly personality takes over and he gives his love freely to anyone within reach.

And even if she did, she most likely wouldn’t appreciate it the way I do the way I should.

Because, like me, she has an agenda to keep and a child with ADHD tends to throw a wrench in those plans.

We tried to do life without medication.  We tried therapy and supplements. Some of which worked pretty well until we began kindergarten.

For my sweet boy, a school day without medicine is unbearable.  He would say so himself.

The expectations are too high.
The tolerance is too low.
And his self-esteem is too wounded.

What a horrible choice I have to make.

Perhaps the problem isn’t with him and his “ADHD” at all. Perhaps… it’s the world’s perspective of “normal” that needs some tweaking.

After he gets home from school today, his medicine will wear off and he’ll be his bubbly, brilliant, hilarious, articulate, problem-solving self again.

He’ll fight with his siblings over everything and break at least one thing before he goes to bed.

He’ll tell us every thought that runs through his head (a little too loudly) while we sit at the dinner table and he’ll interrupt everyone when it’s their turn to talk.

At bedtime, he won’t settle in for a story.  He’ll jump on the bed and wrestle with his brother.

His room will be messy and disorganized and he’ll probably have his PJs on backward.

I’ll most likely get frustrated and yell at him again.

I could give him medicine to help him fall asleep, but does this child really need one more chemical poured into his little body so that we adults can have it a little easier.

It may take a while, but little by little, he will settle down for the night.  And then slowly he’ll slip away into his dreams and the house will quiet down again.

I’ll remember just how much I love him and how much he needs me to be on his team.

And I’ll start planning for tomorrow.

Promising myself that I’ll tell this precious child how perfect he is, just exactly the way that he is.

And then I, too, will slip away into my own dreams, completely exhausted.